Skip to content
Health Ahoy may earn commissions on purchases from this page.
History of Strength Training 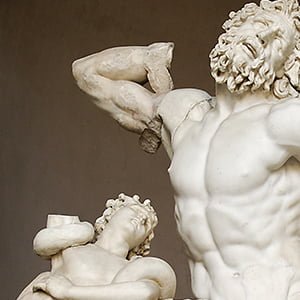 The history of strength training is rich with incredible feats of strength information on training methods of historical athletes. A wide variety of historical artifacts, murals, and literary references attest to the widespread practice of these strength-building activities worldwide. Some of the most notable practitioners lived in European and Nordic cultures during the Dark and Middle Ages, during which men would compete in feats of strength using lifting stones or large logs. These activities exemplify an innate desire for strength that appears to have no cultural bounds.

During ancient China’s Warring States period (475–221 BC), one of the primary tests of strength among martial artists involved a one- or two-man lift of a massive, three legged cauldron called a ding, which could weigh up to several hundred pounds. Since the 2nd millennium BC, these cauldrons were used in ancient China for rituals in ancestral worship, and as such they came to be seen as a symbol of power. In performing the cauldron lift, these Chinese strongmen not only demonstrated considerable raw muscular power, but also socially-recognized symbolic power, which certainly added a level of reverence to an already lofty achievement.

Perhaps one of the most well known ancient iconic figures of strength is Milo of Croton, a successful Greek wrestler from the 6th century BC. As a method of progressive resistance training, legend relates that he carried on his shoulders a newborn calf a certain distance every day, bearing a slightly heavier load each day as it grew in size. One day when the bull was four years old, he supposedly carried it his customary distance before slaughtering, cooking, and eating the entire thing in one day. A bull at that age would likely weigh over five or six hundred pounds, and would yield a little under half that weight in beef. While it’s difficult to imagine a man at any size eating the weight of two average men in a twenty-four hour period, it is physically possible that could have Milo trained in the manner described, though this is generally regarded as only a legend.


A pair of halteres would have been a much more common weightlifting tool than a newborn calf. This hewn piece of stone was a sort of crude, ancient ancestor of the dumbbell, used from the 6th century onward. Halteres were typically used as an instrument of momentum during the Greek long jump (part of the pentathlon), though they were likely also used as simple strength training weights. Just as athletes today use the modern dumbbell, Greek athletes may have used progressively heavier halteres for their training as they grew stronger. While these manageable weights would have been excellent general strength training tools, none that have been discovered indicate that they were used for any sort of brutal, heavy lifting.

There are a few Greek artifacts that serve as evidence of heavy lifts more in line with modern strongman training. The Archaeological Museum of Olympia displays a 316-pound block of sandstone, dated around the 6th century BC, which reads, “Bybon, son of Phola, has lifted me over head with one hand.” Another 6th century BC boulder on display at the Archaeological Museum of Thera, weighing in at 1060 pounds, reads, “Eumastas, son of Kritobolos, lifted me off the ground”. Notable achievements of strength such as these are the only reason we today know of certain historical weightlifters.

One of the most prevalent motivations for resistance training today is the desire for aesthetic appeal, a value which Greek art displays very predominantly. Even literary records reinforce this ideology. A popular quote often attributed to Socrates (471–399 BC), though actually written by the 4th century BC historian Xenephon in reference to Socrates’ teachings, goes, “No citizen has a right to be an amateur in the matter of physical training. What a disgrace it is for a man to grow old without ever seeing the beauty and strength of which his body is capable.” In Seneca’s 15th letter to Lucilius (1st century AD), he endorsed “short and simple exercises,” including “brandishing weights.” Though in context, to be fair, Seneca is claiming that it is foolish to focus on developing broad shoulders if the mind is neglected.

While broad shoulder development and the training it requires has historically been a male-dominated field, history gives us some glimpses of women lifting weights as well. The Villa Romana de Casale, a 4th century AD Roman villa, displays a mosaic of some Roman women participating in weight lifting, among other athletic activities.

In an earlier period, Greek women competed in a variety of foot races at the Heraean Games, which may have began as early as the 6th century BC. The primary event, the stadion, was a 177 m (581 feet) sprint. (The stadion track for the Heraean Games was 5/6 the length of the track for male-only competitions.) Since sprinting is an anaerobic training method used to build muscle mass, this serves as an example of women in ancient Greece participating in a form of strength training. In addition to sprinting, Spartan girls specifically were trained alongside boys, which would have likely included resistance training of some form.

Nordic viking culture of the 8th to 11th centuries featured a fair amount of lifting contests. Most notable among these Icelandic lifters is Orm Storolfsson (c. 1000 AD). He is credited with many incredible feats of strength throughout his life, the most impressive of which was a record unbroken for a millennium (if accepted as accurately recorded). One of the historical Icelandic Sagas, written in the same period, relates that Orm Storolfsson had 50 men raise the mast of the Norwegian longship Ormen Lange, weighing approximately 1433 pounds (650 kg), onto his shoulders, taking three steps with the mast before breaking his back. While the vikings liked to challenge each other with incredibly heavy lifts, this is undoubtedly the pinnacle of that spirit, and for this feat he is often included in studies of historical strongmen.

Strength competitions with lifting stones have been practiced since an indeterminate point in history within a variety of European cultures, particularly Scotland, Wales, and some Nordic regions (though practice seems to have been fairly widespread at some level). In these types of competitions, men would take turns attempting to lift a local stone, often weighing several hundred pounds. One of the most famous of these rocks is the Húsafell Stone, a stone slab weighing about 420 pounds that has apocryphally been used in lifting contests for over 200 years.

These lifting stones have been (apocryphally) used primarily for two types of contests. One was to simply lift the stone off the ground, typically to waist level. Within the other, the goal was to pick up the stone and walk as far as possible. Though it is unknown at what point in history these contests came about, it is possible they have ties back to similar Nordic viking practices as early as the 8th century AD, as discussed above. Even without such a connection, these contests in their simplicity may have been practiced for quite some time before their earliest records.

Inverness, G. S. (2013). Transactions of the gaelic society of inverness volume 14. Place of publication not identified: Theclassics Us.