Skip to content
Health Ahoy may earn commissions on purchases from this page.
The Mesoamerican Ball Game 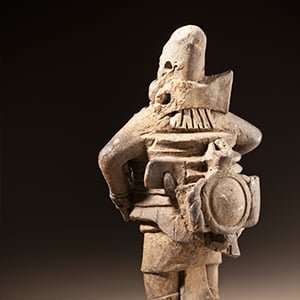 Ōllamaliztli, commonly referred to as the Mesoamerican ball game, was a wildly popular spectator sport with heavy religious association, played among many societies throughout the Mesoamerican region for several millennia. With so many host culture over such a long period of time, the Mesoamerican ball game takes on significant variation throughout its history. Some of its primary elements remain the same; the goal was to keep a rubber ball in play, passing it back and forth volleyball-style between two teams until one team failed to return it.

The Mesoamerican ball game was used as an elaborate ritual with different symbolic contexts in different societies, with many of the rituals throughout the Middle Ages involving human sacrifice (typically of one member of the losing team). The game often represented a battle between life and death and tied heavily with these tribes’ oral traditions. The game sometimes extended beyond symbolic importance into observable, political consequences. Records indicate kings sometimes played matches against each other in lieu of war, with the winning king ruling over the other’s kingdom.

While ritualistic games were the centerpiece of the sport, casual games were commonplace as well. Many Mesoamerican cities had multiple ōllamaliztli courts, giving men, women, and children fairly easy access to the game. It also served as a tool for conflict resolution among the common people, parallel to the proxy warfare used by kings.

The Mesoamerican ballgame was likely played by the Olmec people around 1600 BC, and possibly even earlier. Even in its early years it held important religious connotations, though these connotations varied from culture to culture. With so many different societies adopting and adapting the game over tens of centuries, it evolved into a many-branched sport with many different ways to play.

Two teams, typically 2–4 players each, would stand opposite each other in a court with a flat bottom (usually about the width of a tennis court), slanted walls, and open ends without back walls. The goal was usually to keep the ball in play by passing it back and forth between the teams, akin to volleyball. The method of passing the ball varied widely among different versions of the game. The most common method was to strike the ball with an upward swing of the hip, but different variations included bats, sticks, stones, forearms, and likely other parts of the body. The method of striking determined the general speed and arc of the pass, with the rubber ball sometimes reaching speeds fast enough to kill players.

The most common method of winning the Mesoamerican ball game was likely through a scoring system. Teams would lose points for failing to return a ball or letting it bounce a certain number of times, among other penalties. They would gain points for getting the ball past the other team. Sometime in 1,000 to 1,500 AD, the Mayans began attaching stone rings to the uppermost part of the slanted walls. Whichever team successfully passed the ball through the hoop would achieve victory, though this version of the game was only common within that culture.

The most common piece of equipment in the Mesoamerican ball game is the loincloth, often reinforced at the hip with leather. This provided some protection when striking the ball with the hip, which appears to have been the most common way to play. Some variations had athletes wear thick belts made of wood pieces wrapped up with cloth or leather for a similar purpose.

Player sometimes wore kneepads, as they often slid to the ground to strike a low ball with the hip. Different depictions of the sport show shin guards, ankle guards, and forearm wrappings, all used for different striking methods. Some of these depictions only show these pieces of equipment on the right side of the body, indicating asymmetric play styles within some variations (such as striking only with the right forearm or sliding only on the right knee to catch a low ball). Helmets are common in depictions of ōllamaliztli players, indicating some head striking may have been allowed. Ritualistic headdresses and other garments were common within religious ceremonial games as well.

The rubber ball was typically 10 to 12 inches in diameter and weighed 4 to 6 pounds, though it could sometimes weigh up to 10 pounds. Its size and weight sometimes led to considerable injuries when played in high-speed variants, such as those that incorporated bats with which to strike the ball. However, a much smaller ball was typically used when striking with an instrument rather than a body part.

The ball court could vary a lot in size among different cities, but its common features were the same – a long, flat surface, usually around the width of a tennis court and four times that in length, with slanted walls that could vary from shallow to quite steep. The ends were typically left open so the ball could escape, but a few variations included a back wall on each side, which the ball would have to touch for the opposing team to score.