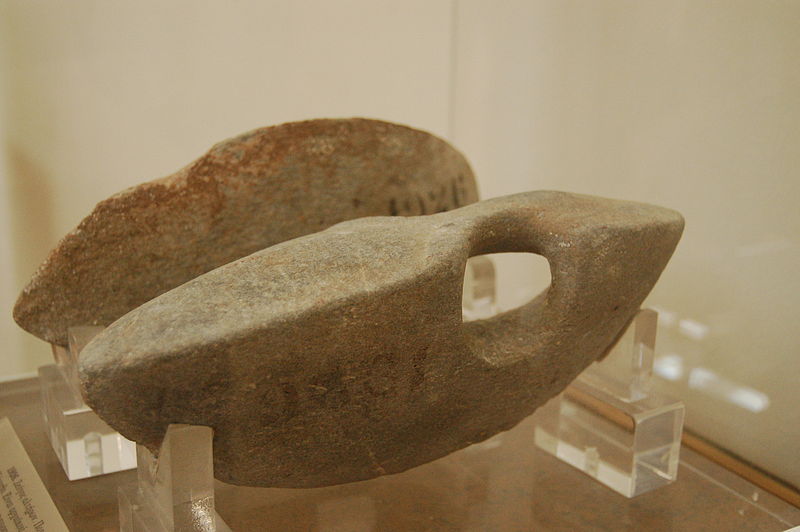 A photograph shows a pair of stone halteres. They have been carved out of stone and are near semi-circular in shape. The flat side of each one is about a foot and a half long and has a face that looks to be four or five inches wide toward the middle. The round side is carved to a dull edge. Toward the back end of the flat side, a large hole has been hewn to serve as a handle.

This photograph shows a pair of halteres, an ancient Greek sporting tool typically carved from stone. Though they were most commonly crafted as pictured, they could be made in a small variety of shapes. Halteres were used primarily as assistive momentum tools for the long jump, one of the five events in the pentathlon. Though, like the modern dumbbell, they were crafted in a variety of weights and sizes, suggesting they may have been used in progressive resistance training.