Marble Statue: Laocoön and his sons

Marble Statue: Laocoön and His Sons 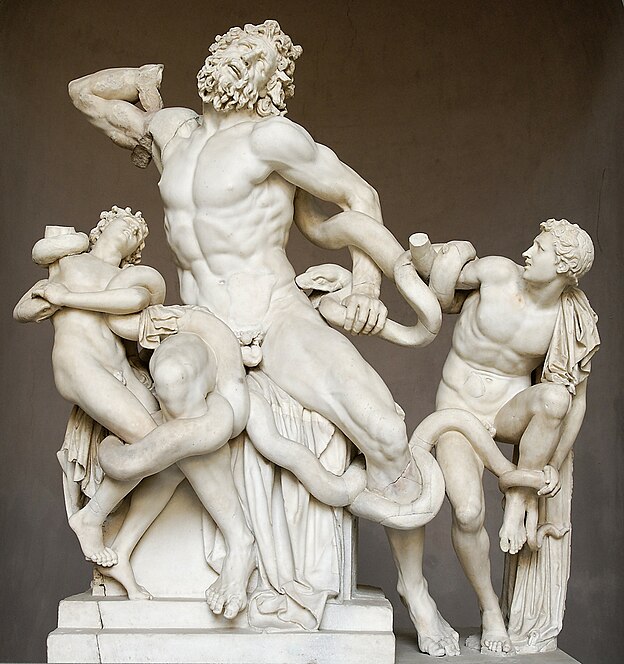 A marble statue depicts three nude men, the middle one large and muscular and the other two smaller in stature. They are all struggling against a snake, which has entangled them with its long body.

This marble statue, titled Laocoön and His Sons or Laocoön Group, was excavated from the Baths of Trajan site in Rome in 1506. It is likely a copy of an earlier Greek work, though the date for both the original and this recreation are unknown. Suggested dates for this statue have ranged from the 3rd century BC to the 1st century AD, though the later period is more commonly accepted.

While this piece does not deal directly with athletics, Laocoön’s carefully carved musculature exemplifies an ideal physique within Greco-Roman culture.