Skip to content
Health Ahoy may earn commissions on purchases from this page.
Ancient Pythian Games 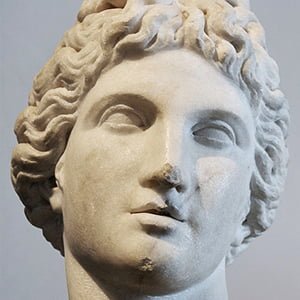 The ancient Pythian Games were a series of athletic festivals at Delphi held in honor of the Greek mythological deity Apollo. It was one of the four Panhellenic games, the other three being the Olympic Games, Nemean Games, and Isthmian Games. The Pythian Games took place every four years, two years before and after the Olympic Games.

Like the other Panhellenic Games, the events at the Pythian Games were introduced gradually over time. In addition to its musical and poetic contests, the festival featured the same athletic events as the Olympic Games by the time it was fully developed, though the dates at which the events were introduced are unknown. The full list of athletic events that were part of the Pythian Games is as follows:

Victors were awarded a wreath of bay laurel, and were sometimes lavished with poems or songs written in their honor. The city of Delphi did not offer a monetary reward like Athens did for the Isthmian Games.

The earliest record of the Pythian Games lies in 582 BC, though it’s possible the festival preceded this date. Some sources claim that prior to this date, the games took place every eight years as opposed to four, though this is unfounded. Greek legend relates that Apollo established the games as reparation for killing Python, the serpent of Delphi. As these figures are legendary as opposed to historical, this legend doesn’t shed much light on the festival’s possible early dates of origin.

Information regarding the Pythian Games is scarcer than for other Panhellenic festivals. As such, there is no extant information regarding requirements for competitors. However, it is very likely the restrictions matched those of the other Panhellenic games, in that only Greek-born men could participate in the athletic events. Following this pattern, it is likely that Roman men were allowed to participate beginning in the 3rd or 2nd century BC.

In addition, women wouldn’t have been able compete in the athletic events. They were likely included in the musical and poetic contests, much like the Nemean and Isthmian Games. (Only women were allowed to compete in the Heraean Games, however.)