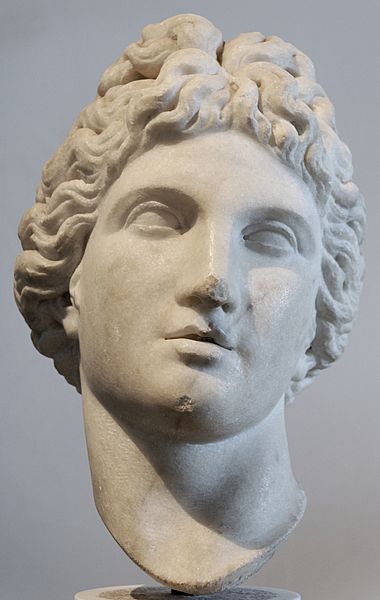 A statue of the head of Apollo is set in front of a white background. The face is smooth and unblemished except for chips in the white marble at the chin and the tip of the nose.

This marble sculpture is a Roman copy of a Greek original from the late 4th century BC. It depicts the head of Apollo, the complex Greek mythological deity of light, healing, plague, and music, among others. The Pythian Games (one of the four Panhellenic games, like the ancient Olympic Games) were held in honor of this Greek god. This festival was held once every four years, two years before and after the ancient Olympic Games.

At the time of photograph, this sculpture was housed in the Palatine Museum in Rome.