Skip to content
Health Ahoy may earn commissions on purchases from this page.
Ancient Isthmian Games 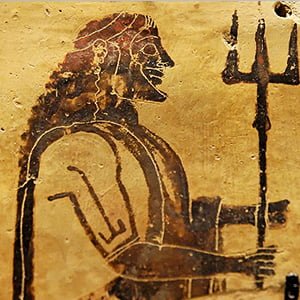 The ancient Isthmian Games were a series of athletic festivals held in honor of Poseidon, the Greek mythological deity of the sea. These games were held in Isthmus of Corinth (thus the name) beginning in the 6th century BC. They were one of the four Panhellenic games, the other three being the Olympic Games, Pythian Games, and Nemean Games. The Isthmian Games took place every two years, separated by an alternation of the Olympic and the Pythian Games.

This festival seemed to focus primarily on combat sports, in contrast with the other three Panhellenic festivals, which incorporated running sports as well. (Within the Olympic Games, the stadion race was even the prime event.) The list of known athletic events that were part of the Isthmian Games is as follows:

Victors at this festival were originally awarded a crown of celery, but under Roman influence this changed to a crown of pine leaves. In addition, during at least one point of the festival’s life, victors were awarded with 100 drachmae, the equivalent of 100 days’ wages or approximately $5,000 USD when converted (though the buying power would have been much stronger during that period).

The Isthmian Games were officially founded during the 49th Olympiad in 582 BC, though legends regarding the origins of the festival go further back. These tales put forth that Sisyphus, the mythological founder of Corinth, instituted these games in honor of his nephew Melicertes’ death. Theseus, a legendary king of Athens (who likely did live in the 13th century BC), was said to have further established the games as a full athletic festival in honor of Poseidon.

It is likely the Isthmian Games existed in some form for at least several centuries before 582 BC, but were not officially included as part of the Olympiad cycle (and thus attributed with the other Panhellenic festivals) until that date.

After the destruction of Corinth in 146 BC, the Isthmian Games were moved to Sicyon, a city-state west of Corinth. It is debated as to whether the festival returned to Corinth sometime after the city was rebuilt in 44 BC. Like the other Panhellenic games, the Isthmian Games faded out under Roman emperor Theodosius’ suppression of religious festivals in 393 AD.