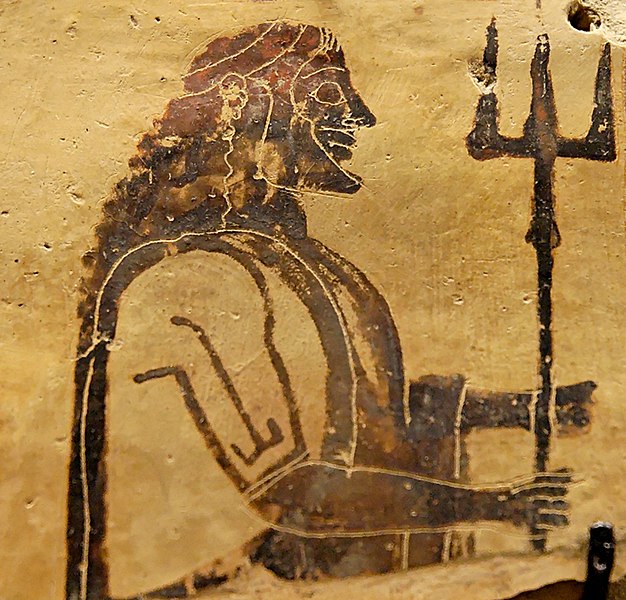 A closeup shot of a plaque shows a painting depicting the profile of Poseidon. In his right hand he holds a trident upright. He wears his long, curly hair down and is garbed in a robe.

This Corinthian plaque bears a depiction of Poseidon, the Greek mythological god of the ocean. The ancient Isthmian Games (one of the four Panhellenic games) were founded in honor of this Greek god.

At the time of photograph, this plaque was on display at the Louvre Museum in Paris.