Skip to content
Health Ahoy may earn commissions on purchases from this page.
Greek Gymnasium 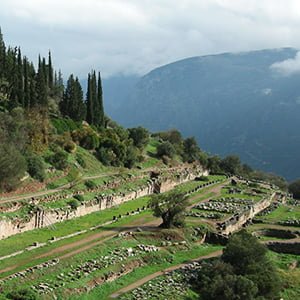 The ancient Greek gymnasium was a bastion of physical and intellectual education. Men older than 18 years could use these institutions to train for sports or general fitness. Facilities typically included a stadium, baths, a pool, a palaestra, and areas for playing and training for specific sports.

Festivals and public events sometimes utilized the stadium within for competitive sports, such as races (most notably the stadion), palé (wrestling), pygmachia (boxing), and pankration, along with other kinds of entertainment. With such cultural and educational importance, it was rare for any large city to go without a gymnasium.

In general, men trained completely nude, excluding sports that required otherwise (such as the use of wraps and other boxing equipment in pygmachia). Athletes could train for races within the stadium, swim in the pool, play various ball sports, or practice combat sports in the palaestra. Men were given free access to these utilities partially to encourage participance in religious Panhellenic festivals such as the Olympic Games. Not only did the presence of these institutions encourage social, intellectual, and physical development among young men, but they also provided access to mentorship from more seasoned athletes and coaches. All of these men, trainees and trainers alike, operated under the rule and guidance the gymnasiarch, a figure in charge of all goings on within his gymnasium.

The palaestra inside these gymnasiums would have featured an area for the skamma, a section of softened earth used for the three combat sports. While these may have been exclusive to palaestra, they may have been featured inside the gymnasium court as well, though this is difficult to determine archaeologically due to the temporary nature of these rings.