Skip to content
Health Ahoy may earn commissions on purchases from this page.
Greek Palaestra 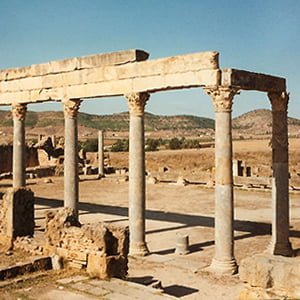 The palaestra was an ancient Greek athletic establishment later adopted by the Romans. Its primary function was as a training area for combat sports such as palé (Greek wrestling), from which its name is derived. In addition to areas for combat sports, they often featured facilities such as rooms for ball sports, changing rooms, cold and/or hot baths, lecture halls, and equipment storage. It was a central icon within the life of the Greek man from young adulthood well into old age.

Greek gymnasiums always had a palaestra attached, but palaestra were sometimes established independent of a gymnasium. They could be publicly or privately owned; sometimes elderly patrons would fund the construction of one of these institutions for community use. As such, several of these establishments could exist in one city.

Palé (wrestling) and pankration were the primary sports practiced within the palaestra. Pygmachia (boxing) was the only combat sport typically practiced in the gymnasium, though matches could likely take place in either. This is because both of these institutions typically featured a skamma, the section of softened earth used for all three of these ancient combat sports.

The palaestra consisted of a long, rectangular courtyard surrounded by roofed porches which were supported by giant pillars. These covered areas served as shelter from intense or inclement weather. The cover on the southern side of the courtyard was constructed double the depth to shield from rain thrown in at an angle by the wind.

The courtyard featured a wrestling pit called a skamma. These were constructed by turning up the earth using mattocks, creating an area of softened dirt. Some palaestra featured a second skamma with water and/or oil mixed into the turned earth to make a muddier base. These specially-prepared pits were positioned outside of the courtyard and underneath roofing in order to mitigate the extra evaporation from direct sunlight.

The rooms attached to the patios served a variety of functions. Some of them were used for ball sports, making these institutions useful for sports beyond the combative variety. Other rooms could include punching bags and other athletic equipment, such as oils and dust that were applied to athletes before wrestling. Several rooms served as areas for socializing and lecturing. Rooms with cold baths were a staple among Greek palaestra and baths heated by furnaces were typically featured in Roman variety, but both hot and cold baths could be included in a single facility as well. The small variety of these rooms could be built for the needs and wants of the surrounding community.