Ruins of Gymnasium at Delphi 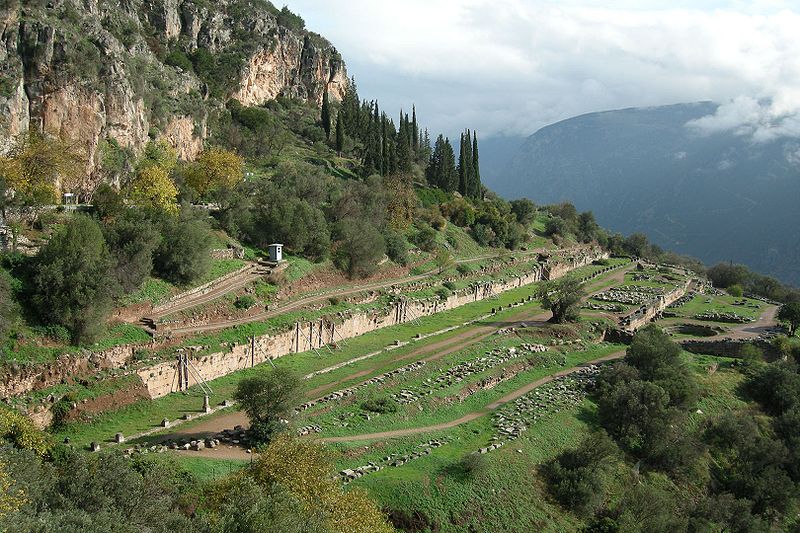 A photograph shows the ruins of an ancient Greek gymnasium on a hillside. Lush grass is contrasted with stone walls and evidence of other structures and supports long gone.

This is the site of the gymnasium ruins at Delphi, originally built around 330 BC. In ancient Greece, the gymnasium was a bastion of physical and mental education for men and was held as a sort of symbol of masculinity. Facilities typically included a stadium, baths, a pool, a palaestra, and areas for playing and training for specific sports.