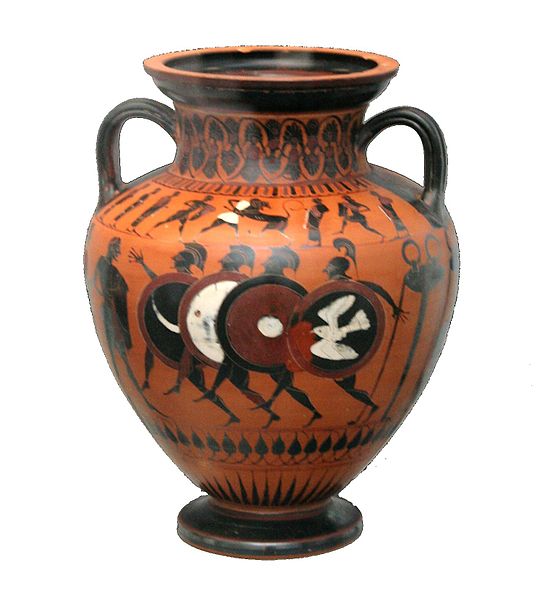 A Greek amphora bears a painting of four running men wearing only helmets and shields. These large shields hide their torsos from view. To the left, a clothed man watches from the sidelines. The space below the runners if filled with painted patterns and the space above with figures in various positions.

The painting on this amphora depicts the hoplitodromos event, featured in the ancient Olympic Games and other Panhellenic festivals. In this event, participants would don pieces of hoplite armor, notably the helmet and shield, and compete in a sprint of around 200 meters. The shields in this painting hide the otherwise stark nudity of the men. Before the 5th century BC, grieves were worn in addition to the helmet and shield, though these were likely abandoned due to their impedance of leg movement. These three pieces of armor together could weigh up to 50 pounds.