Greek Skyphos with Depiction of Runner 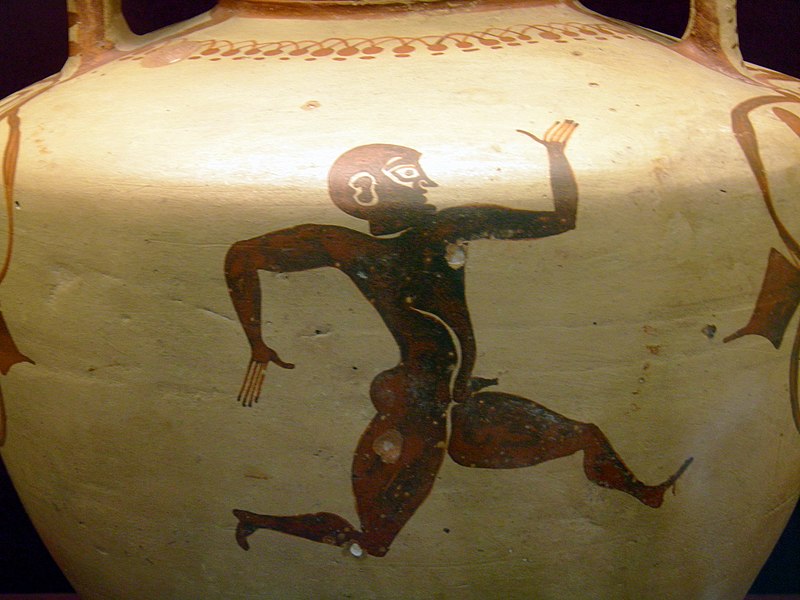 A painting on a Greek terracotta skyphos depicts a runner mid-stride. His front leg is outstretched and his arms are pumped near the end of their range of motion, suggesting he is sprinting. He is stylized as a silhouette with the eyes, ears, and a few other outlines left unpainted.

This Greek skyphos depicts a sprinter, perhaps intended to reference an event in the ancient Olympic Games or one of the other three Panhellenic festivals. Were this the case, this illustration would likely depict the stadion or the diaulos, as these were the only two events that involved nude sprinting (hoplitodromos was a sprint as well, though competitors had to wear pieces of hoplite armor).

At the time of photograph, this piece was held in the British Museum in London.