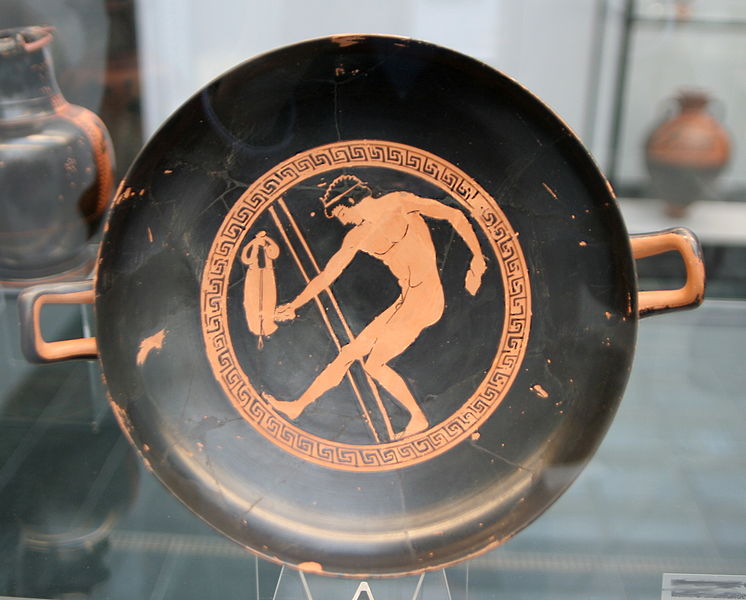 A painting on a Greek kylix (drinking cup) depicts a nude male athlete framed by a patterned circle. He holds in his hands a pair of halteres, hand weights used for extra momentum in the long jump. A discus bag hangs to the right, and two lines that likely represent javelins run parallel near the center of the background.

This Greek kylix painting depicts an athlete competing in or preparing for the long jump. This was one of the five events of the pentathlon, an event featured at the ancient Olympic Games and other Panhellenic festivals.

The man appears to be a pentathlete, as several of its symbols can be seen here; the long jump, discus toss, and javelin throw. He is holding halteres, assistive momentum tools used by the ancient Greeks in the long jump. The bag hanging to the left of the athlete is typical of discus tote bag, and the parallel lines intersecting near the middle of the background likely represent javelins. The other two pentathlon events, the stadion sprint and palé (wrestling), are not represented here.

At the time of photograph, this artifact was housed in the Staatliche Antikensammlungen (State Collections of Antiquities) in Munich, Germany.