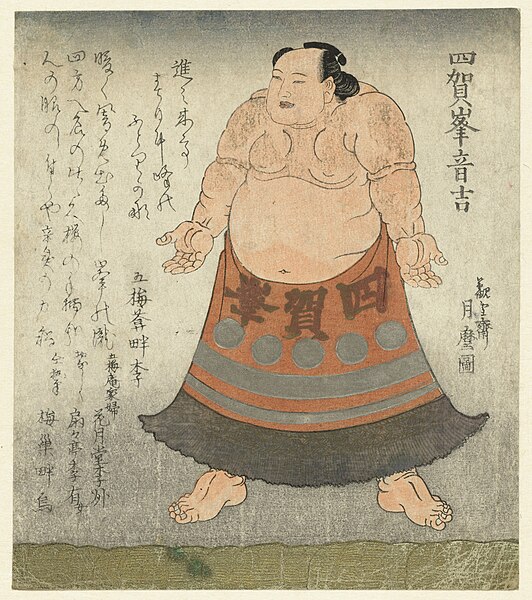 An early 19th century painting depicts a sumo wrestler before a match. He wears a long ceremonial skirt around his waist and stands with his arms down at his sides, palms out. His name is written in Chinese on the right side of the page, and four poems are written on the left side.

This illustration by Japanese artist Kitagawa Tsukimaro (17??–1830) depicts the sumo wrestler  Shiganomine Otokichi in ceremonial garb before a match. After a Shinto-influenced transformation of the sport in the 18th century, a movement led by sumo referee Yoshida Zenzaemon, sumo wrestling began to be appropriated into Japanese culture. The cultural influence of this sport, which was once only a lowly form of street fighting, can be seen in works of art such as this one.