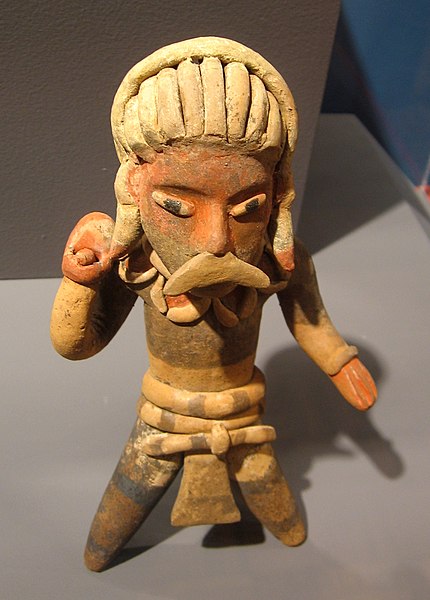 A photograph displays a colorful ceramic figurine depicting a Mesoamerican ball game player from the modern-day Veracruz region. He is depicted with a stone in his right hand, a necklace of jawbones around his neck, and a wrapped loincloth around his waist.

This ceramic figurine depicts a player of a variant of the Mesoamerican ball game. While many variants of this game involved striking a ball with the hips, this athlete carries a stone, called a manopla, used for the same purpose. As this figurine was discovered in modern Veracruz, Mexico, this would suggest the variant of the ball game played there in antiquity used such striking stones.

At the time of photograph, this artifact was housed at the Snite Museum of Art in South Bend, Indiana.