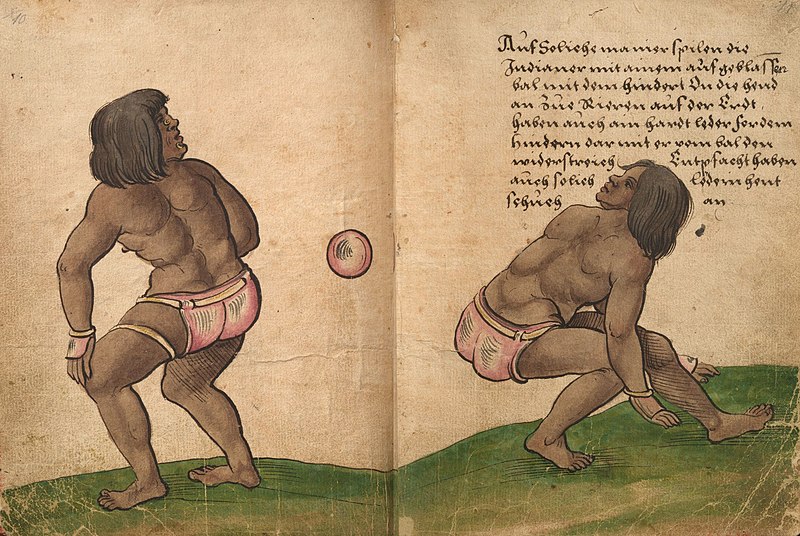 A drawing across two pages of a book depicts two Aztec men with a ball in the air between them. The man on the right appears to have struck the ball with his hip. Text is written in German on the upper portion of the right page.

This illustration is featured in Christoph Weiditz’s Trachtenbuch, an ethnographic record on the Aztec Indians in the 16th century. The drawing depicts what appears to be the Mesoamerican Ball Game, perfectly illustrating the characteristic hip strike used to pass the ball.

The Mesoamerican Ball Game | The History of Ball Sports