Greek Skyphos With Depiction of a Hoop Roller 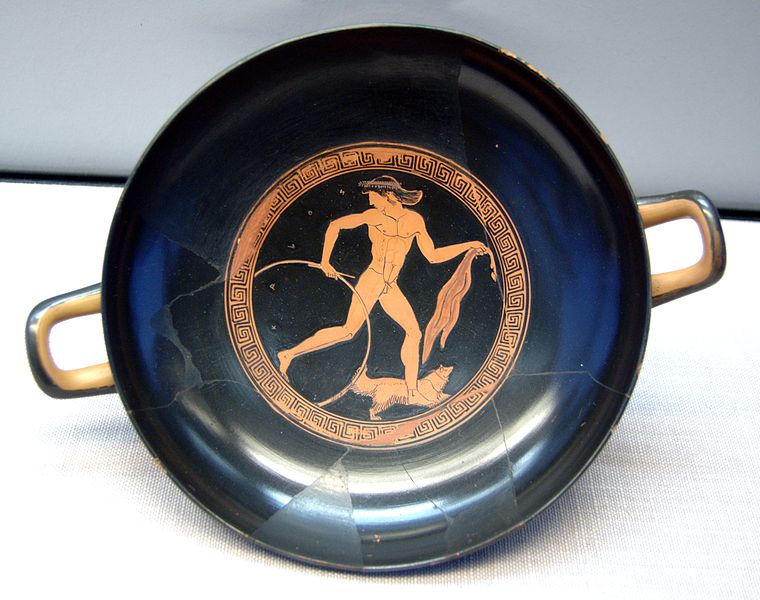 The bottom of a black Greek skyphos bears an illustration of a man running with a hoop. He holds the hoop and an elater (stick) in his right hand and a roe deer leg in his left. A small dog runs by his side. An inscription to the left of the man reads ΚΑΛΟΣ, which can be translated as “beautiful,” “good,” or “noble.”

This Greek skyphos depicts Greco-Roman hoop rolling, a popular activity among the ancient Greeks and Romans. The game was practiced by young an old alike, and was even encouraged in the gymnasium, an institution restricted to men 18 years and older. It was not, however, a competitive sport, nor was it featured in any of the Panhellenic games (such as the Olympic Games).