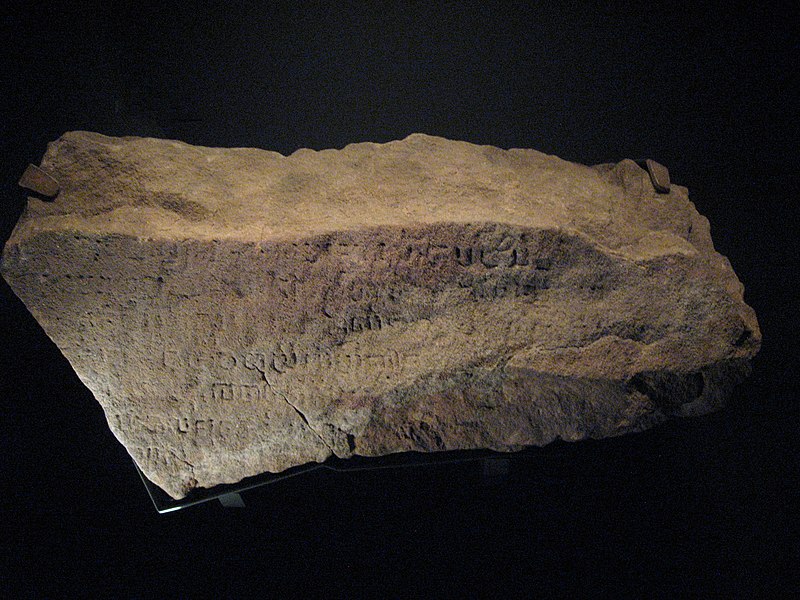 A photograph shows a large, jagged stone with faded characters carved into its front face. It displays signs of wear over a great period of time.

This piece of sandstone was discovered at the Singapore River in June, 1819, and was thusly named the Singapore Stone. It was originally part of a larger slab thought to sit at the mouth of the river. The text carved into its face is undeciphered.

This stone ties in with Malay folklore of a hero named Badang, who was gifted superhuman strength by a genie. Legend relates that in a contest of strength, Badang picked up a huge stone and threw it into the Singapore River. After the discovery of the Singapore Stone in 1819, locals claimed it was the stone thrown by the hero in this story.

At the time of photograph, the Singapore Stone was held in the National Museum of Singapore.