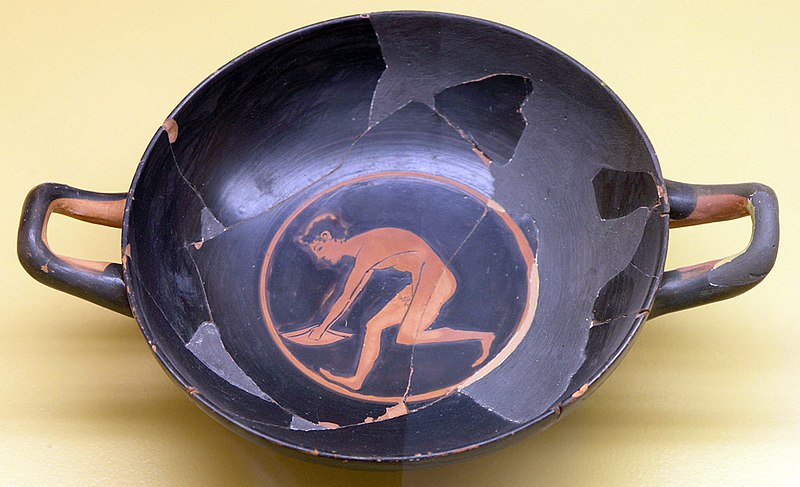 A photograph shows an illustration of a Greek long jumper painted at the bottom of a kylix. The athlete is nude, as was custom at Panhellenic festivals such as the Olympic Games, and carries a pair of halteres in his hands.

This Greek kylix, dated to 510 BC, bears an illustration of a Greek long jumper. He carries in his hands a pair of halteres, which were stone, dumbbell-like momentum tools used to gain extra distance in the long jump. The long jump was one of the five events in the ancient Greek pentathlon, featured at the Olympic Games and other Panhellenic festivals.

At the time of photograph, this kylix was housed in the Ancient Agora Museum in Athens.