Illustration of a Takedown From a German Fechtbuch 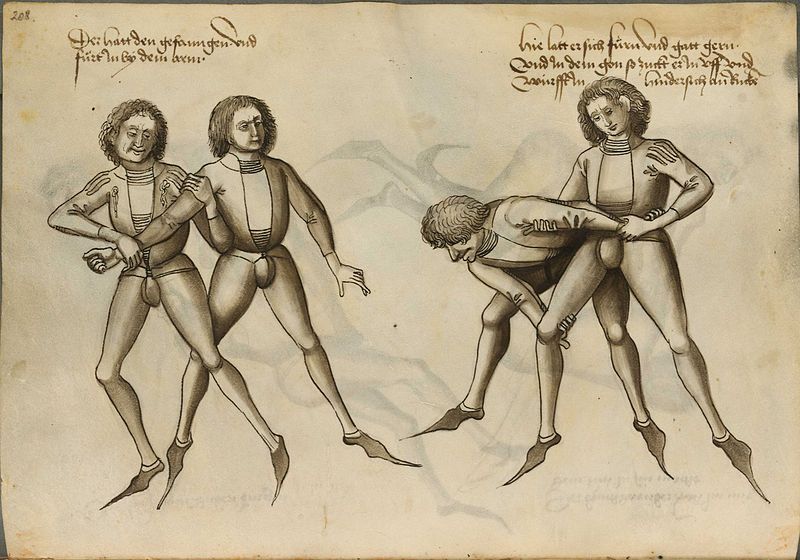 A black and white illustration in a book depicts two men grappling. On the left, one man holds the other’s right shoulder and wrist with his left and right hands, respectively. The right depiction of the men shows the second man reaching down to grab his opponent’s leg with his free hand. Text written in German sits in the upper corners of the page.

This illustration is featured in a 1443 AD fecthbuch (German treatise on fighting) by fencing and combat expert Hans Talhoffer  (1420–1490). The illustration depicts a takedown used in ringen, a medieval form of German grappling. From left to right, the man whose arm is being held reaches down to grab his opponent’s leg. The left and right limbs and positioning are swapped between the two depictions, presumably to demonstrate the move from either side.