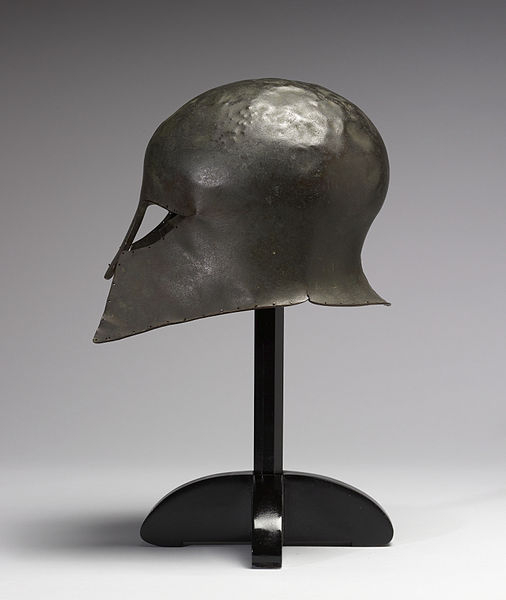 A photograph displays a profile view of a bronze Corinthian hoplite helmet. Cheekpieces reach down from the side of the helmet to protect the face, as does a nosepiece. The mouth and chin are left exposed with this style. 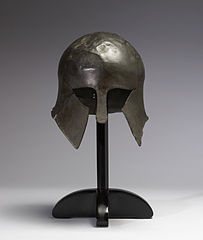 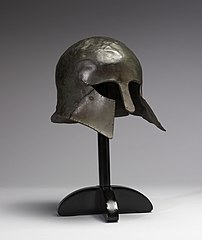