Skip to content
Health Ahoy may earn commissions on purchases from this page.
History of Hockey 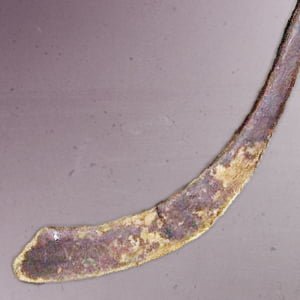 The history of hockey has spanned across nearly every continent in some form. While ice hockey is typically the first sport to come to mind in North America, field hockey sports historically outnumber the former by far. The earliest evidence of such games, discussed below, dates to approximately 2,000 BC, making the history of hockey span over the course of more than 4,000 years. Despite the fact that these sports appear to have developed independently in different regions of the world, many of them bear striking similarities. Regardless, the history of hockey, from medieval French ball-and-stick games to Mexican fireball pelota purépecha, is rich with culture and intrigue.

One of the earliest archaeological records of a game that may have been a precursor to field hockey lies in the tombs at Beni Hasan, an ancient Egyptian burial site. The walls inside these tombs, covered in ancient Egyptian murals, give flashes of insight into the lives of this ancient society. One such painting depicts two men wielding sticks with curves at the end, apparently fighting over possession of what appears to be a ball. If this does indeed depict a hockey-like sport, this would be the earliest record in the history of hockey, roughly around 2,000 BC.

Though not as old as the aforementioned Egyptian sport, the Mongolian game of beikou, typically called Daur hockey after the people who play, is a hockey game with origins over 1,000 years ago. It comes from a game called bu da qiu, played during the Tang dynasty (618–907) in northern China. Throughout the ensuing centuries, the rules of the sport changed until a sport by a new name, beikou, emerged. During this period, the sport lost popularity among most ethnic groups outside of the Daur.

Africa houses a variety of field hockey sports, such as the Ethiopian game of genna, with which the Ethiopian Christmas festival shares the same name. As the only historical records for the sport lie in the legends its players tell, it is difficult to pinpoint its origins. Ethiopian oral tradition relates that when Jesus was born and news of his birth reached shepherds in the local area, they were so overjoyed that they picked up their crooks and started hitting a ball around, inventing the game on the spot. If this is to be taken at face value, the game would originate between 4 and 6 AD, though no verifiable evidence exists to confirm this.

Genna is a fairly straightforward field hockey game without many differences from field hockey itself. Its primary twists lie in the area in which it is played. Matches typically take place in open fields without borders, and as such players can technically take the ball as far out as they want, though this is likely discouraged. Cattle often graze on these fields, so players also have to watch out for living, moving obstacles in the heat of the game.

A Greek marble relief from approximately 500 BC depicts several men playing a sport which appears to be similar to field hockey. Two men meet in the middle of the carving, holding crooks of some sort with which they appear to fight over a ball. Men also wielding crooks watch from the sides and don’t appear to be actively involved in the skirmish. This very well appears to be a hockey sport of some kind, though judging by the lack of other archaeological records of the sport, it may not have been a very popular game compared to others (such as the football-like game of episkyros). Regardless of its popularity, this unnamed Greek sport serves as ancient Greece’s solitary entry in the history of hockey.

Within the history of hockey, the sport of biggest scale would likely be the French game la soule, played since the 13th century and perhaps earlier. In this sport, two or more teams with a few dozen to a few hundred players each would skirmish for a ball in an attempt to bring it back to their parish. This game is unique from other medieval mob football sports in that one of its variations had players wielding sticks with which to handle the ball. As such, though la soule was not strictly a hockey sport, it does deserve mention in the history of hockey.

The Irish game of hurling, a game with traits of hockey, baseball, and soccer, plays an integral role in the history of hockey. The game is even likely responsible for the development of Canadian ice hockey, detailed below under North America. Irish oral tradition relates that the sport has origins over 3,000 years ago, likely in the same sport that Scottish shinty originates from. However, the details of these legends are not verifiable. The earliest literary references to the Gaelic predecessor to hurling lie in the 5th century AD.

Though not strictly a hockey sport, hurling has some of the same characteristics. In this fast-paced game, players wield sticks called hurleys to handle a ball called the sliotar, attempting to pass it through the opposing team’s goal. What makes this sport stand out in the history of hockey is its unique style of ball handling. Unlike within strict field hockey sports, hurling players use their hurleys to pick the ball up off the ground, balance it on the stick, and strike it in a manner similar to baseball. This gives the ball much more time off the ground than other ball-and-stick sports do. Though not very popular worldwide, hurling is one of the most popular sports in Ireland today and represents an important part of both Irish culture and the history of hockey.

The Scottish game of shinty claims origins with the same ancient Gaelic game as the Irish game of hurling. Oral tradition specifically relates that the game was been played since 1200 BC, and, as mentioned above, literary references for the original Gaelic sport go back to the 5th century AD.

This game, though likely originating from the same sport as hurling, aligns more closely with traditional field hockey than its Irish cousin. Like in traditional field hockey, shinty players use a stick, called a caman, to manipulate the ball on the ground. Unlike within hurling, players are not allowed to pick up the ball with their hands. Though not well known, shinty is very central within Scottish culture, and an importance piece in the history of hockey.

Perhaps the first widely established ice hockey sport, bandy provides a significant contribution to the history of hockey. England has historically been the most influential contributor to the game, hosting the first official match in 1875, though other European regions likely contributed to its development as well.

Bandy is nearly identical to ice hockey, except that players use a ball instead of a puck. On a 120×70 yard ice rink, teams of 11 players each, including a goalie, attempt to bass a ball through the opposing team’s goal. Though not incredibly popular today, bandy was widely practiced throughout Europe in the 20th century.

Though only a niche sport today, the game of bando, a cousin of bandy, was the most popular sport in Wales during in the 18th century. It was apparently so ubiquitous that some areas underwent a certain level of deforestation to meet the demand of producing bando sticks, as reported by a traveller through Wales in 1797.

Bando represents a departure from the chaotic unruliness of medieval mob football games, such as the Welsh game of cnapan or the aforementioned la soule, to something slightly more structured and codified. This was partially because bando matches were often subject to wagers, which was not true of mob football games. As such, these games had to have more stringent rules to mitigate complaints about cheaters from the losing side.

While the sport was somewhat more structured, bando as a whole was still fairly chaotic in comparison to modern sports. For example, players would regularly strike opposing players with their bando sticks, even when the rules for a particular match specifically forbade so. In addition, since most rules were negotiated and agreed upon before each game, they could vary from match to match. These issues are representative of the somewhat chaotic nature of sports in Europe coming out of the Middle Ages.

The Mesoamerican game of pelota purépecha, played even to this day in Mexico, is perhaps the oldest hockey sport in the Americas. Likely originating the Valley of Mexico, this sport may have ties back to 1500 BC, making it a notable figure in the history of hockey. Murals at the Palacio de Tepantitla, located in the ancient city of Teotihuacan in the Valley of Mexico, seem to depict this sport or one very similar. With respect to gameplay, it is quite similar to field hockey itself. Its most exciting twist is its nighttime variation, in which players used a special ball that could be lit on fire for illuminated play. (Historically, players used a wooden ball soaked in pine resin.)

Another hockey sport in Mesoamerica, though not very predominant, is the Chilean game of chueca, played among the native Mapuche people since the 16th century. The sport is described as very similar to hockey. Historically, players wielded twisted hockey sticks called weno with which to handle a small, wooden ball called the pali, typically measuring only 1.5 to 2 inches in diameter. Spanish conquistadors first witnessed the game in 1558, though how long it was played beforehand is unknown. It is possible this game influenced the development of other hockey games played by Spanish settlers, such as pelota purépecha. It is also possible this sport ties into the aforementioned murals at the Palacio de Tepantitla. Regardless, the sport has been played for at least 450 years, earning it a significant place in the history of hockey.

Within North America, the most common form of hockey, and likely the only one to come to mind at the mention of the word, is ice hockey. The sport likely owes its origins to the Irish game of hurling, adapted to ice in late 18th to early 19th century Canada. This is attested by writings from Nova Scotian politician Thomas Chandler Haliburton (1796–1865). In his book The attaché, or, Sam Slick in England (1843), he recounts that during his schooling days he played “hurley” (another name for Irish hurling) on Long Pond in Windsor, Nova Scotia. If this account is to be accepted, Haliburton would have played hurley on ice sometime between 1804 and 1809. It is primarily based upon this attestation that the town of Windsor proclaims itself as the birthplace of Canadian ice hockey. Other references of “hurley on ice” from the same period attest to ice hockey’s Irish origins as well.

A relevant group of sports is the collection of First Nations (the term for native Canadian Indians) and Native American games called shinny, played before European contact in North America. There is an informal Canadian ice hockey sport by the same name played to this day, suggesting the two sets of sports share a history. These games resembled ice hockey, wherein two teams of variable numbers of players tried to pass a ball into the opponents’ goal using curved sticks, though the Native North Americans did not always play this game on ice. They knew this sport by different names among different tribes; for example, it was called tikauwich among the Chumash, ohonistuts among the Cheyenne, and gugahawat among the Arapaho. Regardless of complexities and debates regarding its origins and development among native tribes and European settlers, shinny holds a central position in the modern history of hockey.