Skip to content
Health Ahoy may earn commissions on purchases from this page.
Recipes for Fifty-Two Ailments 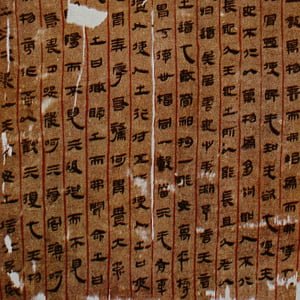 Recipes for Fifty-Two Ailments is an ancient medical text highly regarded by the Traditional Chinese Medicine community. In 1973, an exhibition in Changsha, China unearthed the Mawangdui Tombs and a set of silk documents called Wu Shi Er Bing Fang (sometimes anglicized as Wushi’er Bingfang), translated as Recipes for Fifty-Two Ailments. Written in ancient Chinese seal script, the text had been transcribed to a silk medium around 215 BC, though the originals are thought to originate between the 11th and 8th centuries BC. This would make the set of documents one of the earliest medical works of a fairly comprehensive nature (though later texts, such as the Compendium of Materia Medica, host a larger number of prescriptions).

Recipes for Fifty-Two Ailments details 283 prescriptions and treatments for various ailments, including surface wounds, ulcers, frostbite, warts, internal bleeding, poisoning, and other afflictions. Among the herbal concoctions lies treatments outside of oral remedies, including lancing of growths and cauterization of wounds – though the documents primarily focus on herbal remedies. Combined, the prescriptions require a total of 247 various ingredients, primarily derived from herbal sources, with roughly a third coming from animal and mineral sources. Some of the ingredients include the following:

Many of the ailments in the documents have several different remedial recipes listed for them, though not all of the recipes and ingredients have been successfully identified and translated. In modern study, some of these herbs have been shown to have certain medicinal benefits (such as boneset’s anti-inflammatory properties), though the majority of them have been proven ineffective against their listed ailments and even harmful in many cases.