Skip to content
Health Ahoy may earn commissions on purchases from this page.
Compendium of Materia Medica 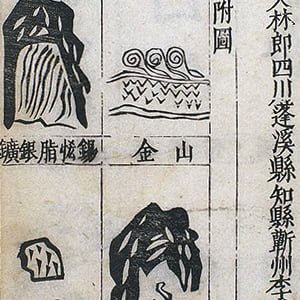 The Compendium of Materia Medica (Bencao Gangmu, literally “categories and principles of roots and herbs”) is considered the most important and influential text among the Traditional Chinese Medicine community. Its prominence in the field has led to its translation into over 20 languages since its writing in the mid-16th century AD. In addition, 6 of the original editions still exist – one of them in the US Library of Congress – so copying errors and mistranslations are not a major concern, unlike the older text Cold Injury Treatise. At the time of writing, the text was of a totally comprehensive nature; its author, Li Shizhen, desired to present every single relevant piece of information on the subject of herbology, and his thoroughness shows in the work’s quality.

Li Shizhen was a Chinese doctor, scientist, and herbalist who lived from 1518 to 1593 AD. He entered the medical field in the footsteps of both has father and grandfather, though the former desired that he enter governmental work. At the pressure of his father, he climbed the social and political ladder and secured a lofty position as president of the Imperial Medical Institute in Beijing, though he resigned after one year to continue his practice as a physician. It was at this time, around the age of 40, that he began his 27-year labor on his Materia Medica.

He collected and consulted a library of nearly 900 medical texts in an effort to compile all the information available in that period, in addition to recording his own knowledge and experience from his past and ongoing medical practice. He travelled all over China, collecting and cataloging minerals and plant life, experimenting with and scrutinized recipes and treatments new and old, and testing the validity of current scientific assertions regarding medicine. In his recording of all this information, he set a new standard of systematic, holistic, and precise documentation within Chinese medical literature.

The text, split into 53 volumes, contains entries on 1,892 substances. Roughly 58% of the materials are plant based, 23% animal based, and 15% mineral based, with the other 4% consisting of outliers such as fire and water. Each entry details the name of the substance, relevant misinformation within other works (such as the assertion that consumption of mercury could lead to immortality), relevant citations from other works, material characteristics, effects, preparation, usage, and pertinent prescriptions. These entries are divided into 16 major classes, further divided into 62 total categories (such as animal habitat or plant characteristics). Among these materials, 374 had not been discussed in other medical works at the time, making this text their first medical literary appearance in China. Many of these included materials that had been outside of the reach of Chinese Empire, such as grapes, pumpkins, and tulips.

The Compendium of Materia Medica begins with a table of contents and 1160 diagrams of materials within. Volumes 1 to 4 host the index as well as a list of herbs for common ailments. Volumes 5 to 53 contain the 1,892 material entries and 11,096 prescriptions, some of them original creations of Lu Shizhen himself. Among these prescriptions are formulas for preventative medicine; over 500 of them are advocated for general health and wellbeing, 50 of which originate with Lu Shizhen.

The text is credited as being one of the primary stepping stones in the empirical study of natural science. Though it deals primarily with herbology and the studies associated with it (such as chemistry and biology), the text’s nature necessitates it touch on some tangential topics like botany, geology, metallurgy, geography, zoology, industrial technology, philosophy, and history. Just like its predecessors, some of its content has since been proven incorrect (such as the assertion that lead is non-toxic). Despite this, the Compendium of Materia Medica is considered among the Traditional Chinese Medicine community to have maintained a high level of accuracy, and it continues to hold a high position of importance among practitioners today.