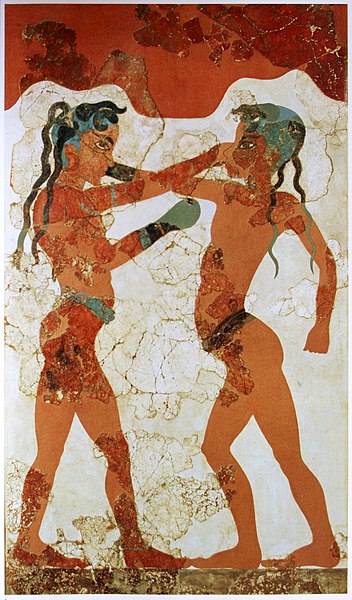 A photograph frames a wall painting of two young Greek boys boxing. They are both exchanging blows to the face at the moment depicted. Both boxers are minimally clothed and each wears a wrap or glove on only one hand.

This Greek fresco, dated to 17th or 16th century BC, depicts two young Greek boxers. The painting predates the earliest mentions of the Greek boxing sport pygmachia, so it is unknown whether this form of boxing was called by the same name.

Pygmachia was a very popular spectator sport in ancient Greece, featured at the Olympic Games and other Panhellenic festivals.