Terracotta Figurine of Greek Women With a Ball 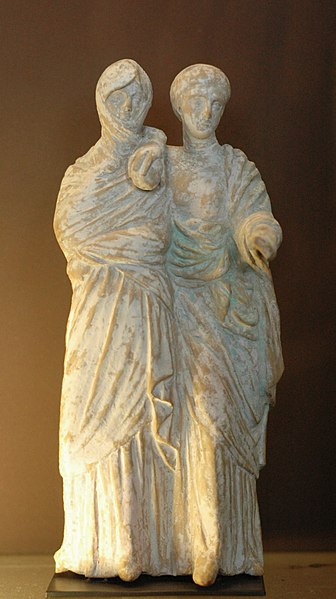 A photograph shows a Greek terracotta sculpture of two women standing next to each other. One of them is resting her arm on the other’s shoulder, and holds a ball in the same hand.

This 3rd century BC terracotta figurine, discovered in Corinth, depicts two women with a ball. The size of the ball matches that of those used for episkyros and harpastum, Greek and Roman ball games, respectively. There are no known accounts of women playing either of these games, as they are recorded as being quite violent. It is possible these two women are intended to be depicted watching a match, standing by with a spare ball.

At the time of photograph, this figurine was housed in the Louvre Museum in Paris.