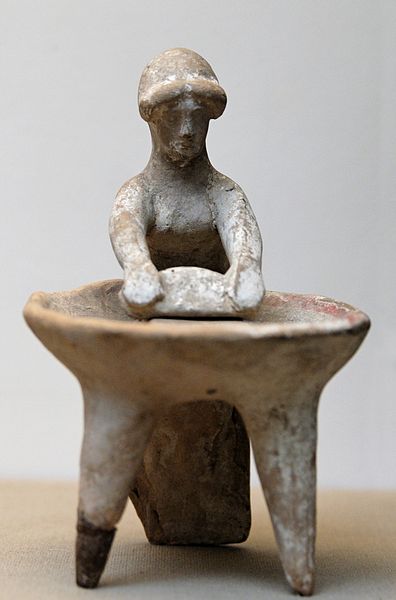 A photograph shows a small terracotta figurine depicting a Greek woman. She is standing in front of a large basin, using a fairly large stone to grind wheat or barley into flour.

This 5th century BC figurine provides a glimpse into food preparation in ancient Greece. Here, a woman grinds wheat or barley, likely to make bread or kykeon (a kind of gruel).

At the time of photograph, this figurine was housed in the British Museum in London.

Dalby, A. (2016). Siren feasts: A history of food and gastronomy in Greece. London: Routledge.