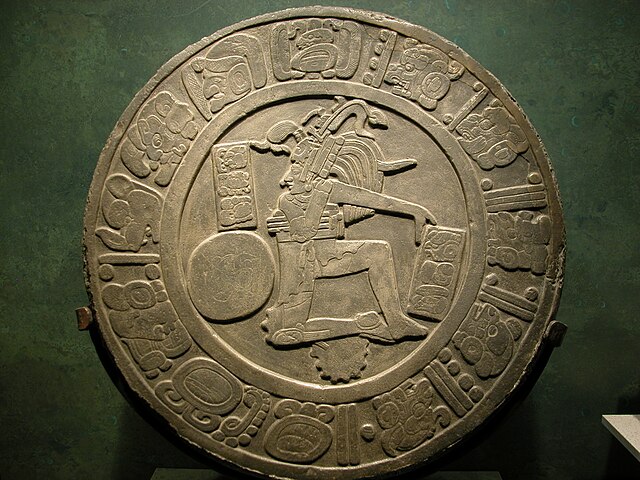 A relief in a large stone disk depicts a Mesoamerican figure with a ball and ritualistic headdress. Symbols adorn the outside of the disk.

This stone disk, found in Chinkultic, Chiapas, depicts a player of a ball game – likely the Mesoamerican ball game. As early as 1500 BC, the Chiapas region was home to the Mokaya people, thought to be ancestors to the Olmec, who left behind direct evidence of such ball games. The Maya also inhabited this region beginning in 300 AD, leaving behind evidence of this game as well.