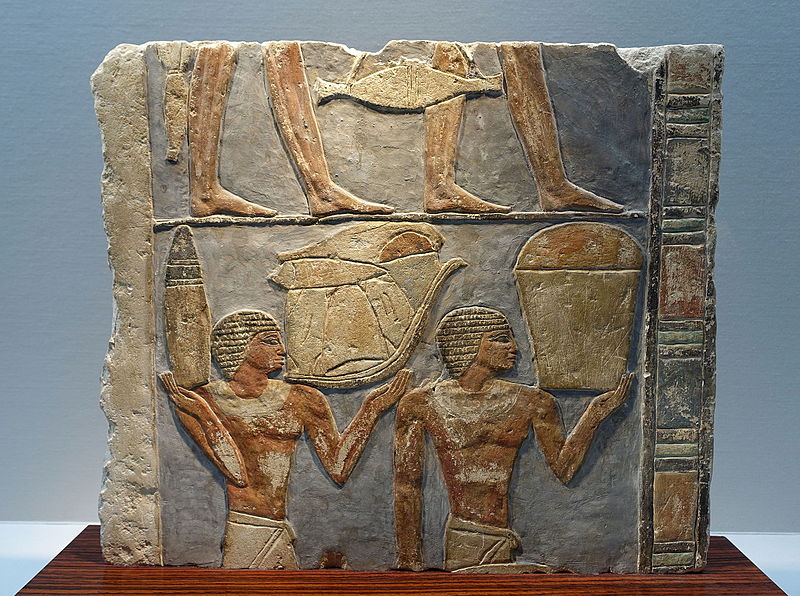 A photograph frames a reliefed, painted section of limestone. The relief depicts several Egyptian servants carrying food baskets and an oil beaker, presumably for a feast.

This ancient Egyptian relief depicts a scene of servants carrying baskets of food, likely for a great feast. These food items could include barley bread, chick peas, celery, radishes, raisins, fish, chicken, cheese, and other delicacies. The servant on the far left carries an oil beaker, which would likely have been filled with sesame or olive oil for the feast.

At the time of photograph, this artifact was housed in the Matsuoka Museum of Art in Tokyo, Japan.