Skyphos with Depiction of a Pankration Match 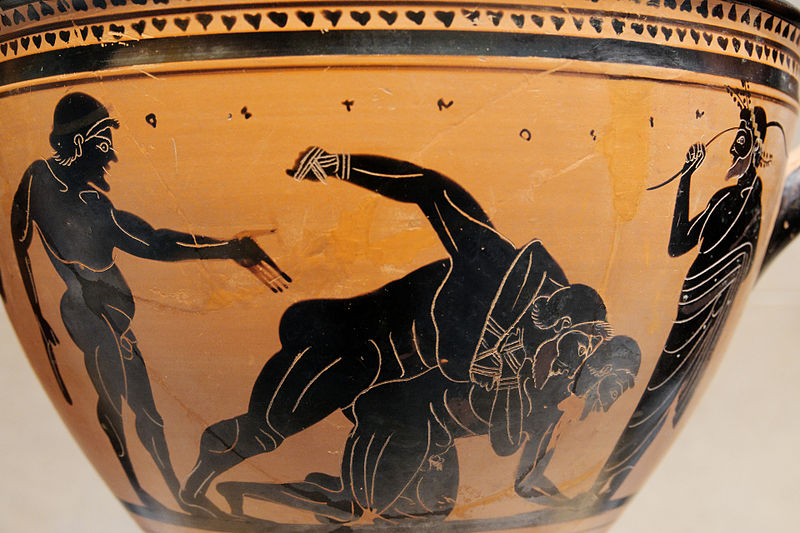 A black illustration on a terracotta skyphos depicts a pankration match with two fighters locked together. The top pankratiast has his left arm locked around his opponent’s chest and is winding back with his right arm, presumably to strike the ribs. The bottom pankratiast is reaching back with his right arm and has his opponent in a headlock. Two men watch, and one, presumably the referee, wields a whip or switch. The other is likely a trainer.

This Greek terracotta skyphos bears a depiction of a pankration match. Pankration was an ancient Greek combat sport with almost no rules, resulting in brutal fights and occasional deaths in the pit. The two men watching here appear to be a trainer (left) and a referee (right). The presence of a referee suggests this is not practice, but an actual match in the ancient Olympic Games or another of the Panhellenic games.

At the time of photograph, this skyphos was held in the Metropolitan Museum of Art in New York City.