Floor Mosaic of Roman Boxers and a Bull 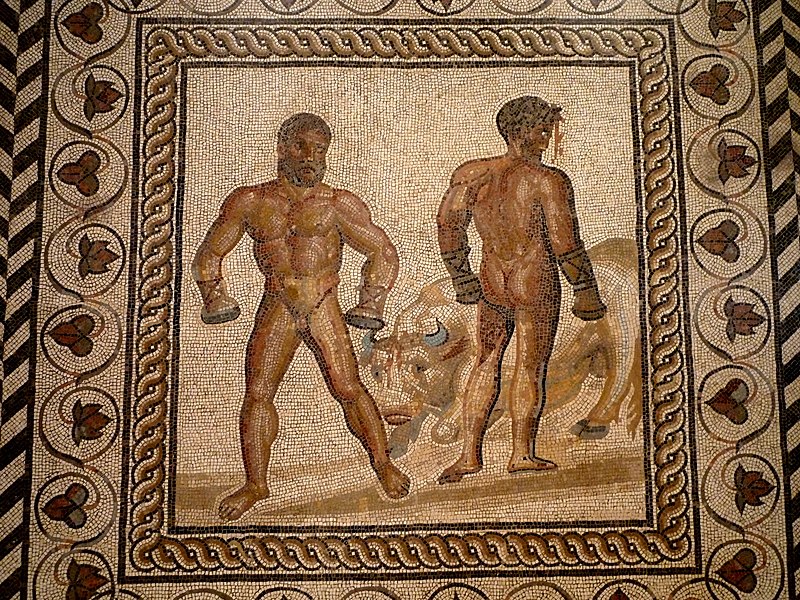 A photograph frames a floor mosaic of two nude Roman boxers. They stand with their backs to each other, with blood streaming from the face of the man on the right. In the background, a bull kneels on the ground.

This Roman mosaic depicts two nude boxers. As was standard in ancient Roman boxing, the descendent of Greek pygmachia, the fighters are nude except for their gloves. This is a depiction of a scene from the 1st century BC epic the Aineid, in which Entellus defeats Dares in a boxing match then immediately kills a sacrificial bull with a single strike to the head.