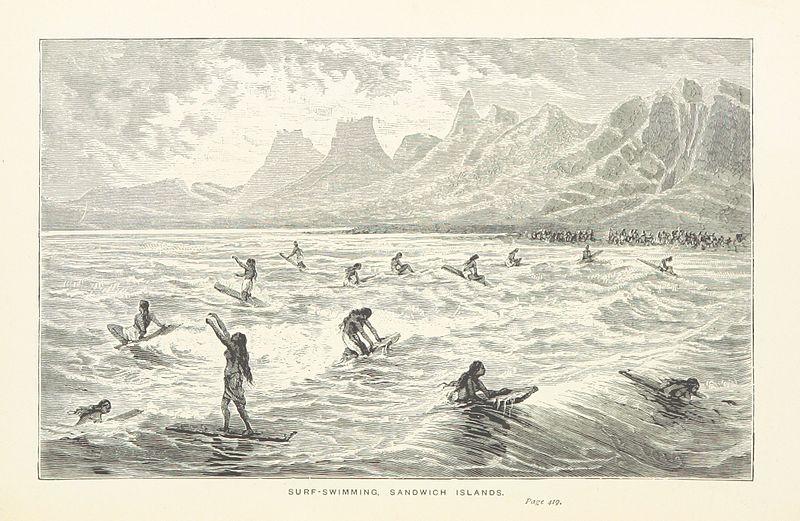 A black and white illustration depicts a group of Hawaiian surfers riding some small swells. In the background, a large crowd can be seen on the shorefront, with towering mountains obscured by atmospheric haze in the backdrop. A caption below the drawing reads “SURF-SWIMMING, SANDWICH ISLANDS.”

This illustration is featured in Captain James Cook’s Captain Cook’s Voyages round the World (1897), a chronicle of his foreign explorations in the 18th century. The drawing depicts Hawaiian surfing prior to the suppression of the sport in the 19th century and its resurgence, spread, and transformation in the 20th century. The athletes here appear to be riding alaia, an ancient surfboard comparable to modern boards, though lacking any fin.