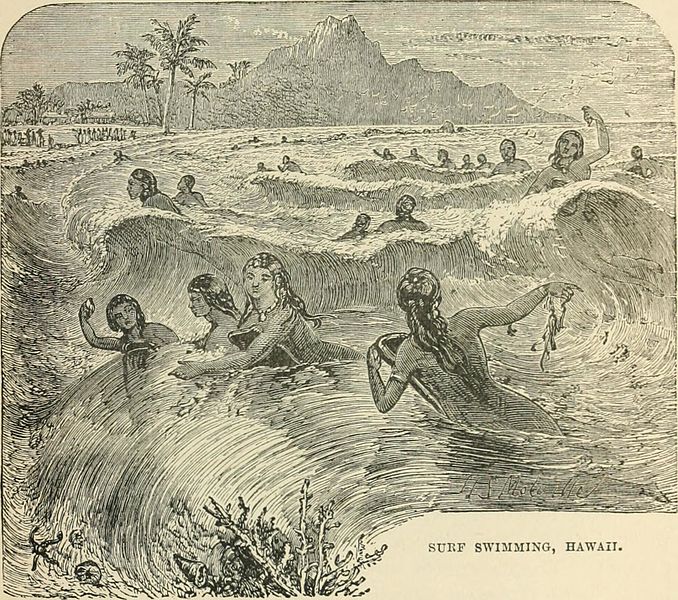 A black and white line illustration depicts a large group of Hawaiian natives surfing in the nude, with several women positioned prominently in the foreground. The caption to the bottom-right of the illustration reads “SURF SWIMMING, HAWAII.”

This illustration is featured in G. T. Bethany’s The World’s Inhabitants; or, Mankind, Animals, and Plants (1888). The drawing depicts Hawaiian surfing prior to the suppression of the sport in the 19th century and its resurgence, spread, and transformation in the 20th century. The athletes here appear to be riding paipo, a short, ancient surfboard primarily for leisurely prone riding. For more serious riding, the athlete would use an alaia, a longer board more comparable to the modern surfboard (though still finless).