Medieval Illustration of a European Baker 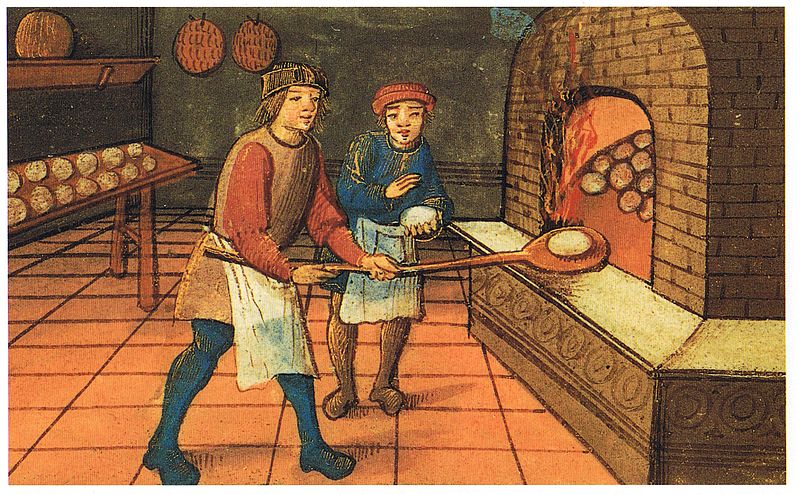 A colorful illustration depicts two European bakers producing loaves of bread. One of them is placing a lump of dough in the oven while the other prepares the next lump. Loaves can be seen cooking in the oven and resting on shelves in the background.

This illustration of medieval bakers was scanned from Den Medeltida Kokboken (The Medieval Cookbook) by Maggie Black. Here, these bakers could be depicted making loaves of bread from a wide variety of grains, including wheat, barley, and millet.