A painting depicts Song Dynasty Emperor Taizu, Emperor Taizong, prime minister Zhao Pu, and three ministers playing cuju, a medieval Chinese sport with similarities to soccer. The six men are huddled in a circle, with the far right one kicking the ball upward. Chinese characters are written on the left side of the medium. 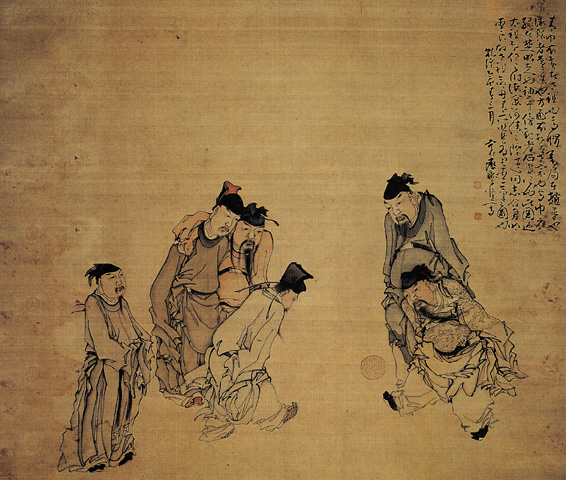 This illustration is the work of Qian Xuan, a Chinese painter of the 13th century. The sport depicted, cuju, underwent an explosion in popularity during the Song Dynasty, the period in which this work was painted. During the Ming Dynasty (1368–1644 AD) its popularity dropped, leading to the eventual extinction of the sport.

An 18th century reproduction by painter Huang Shen is linked on the right.