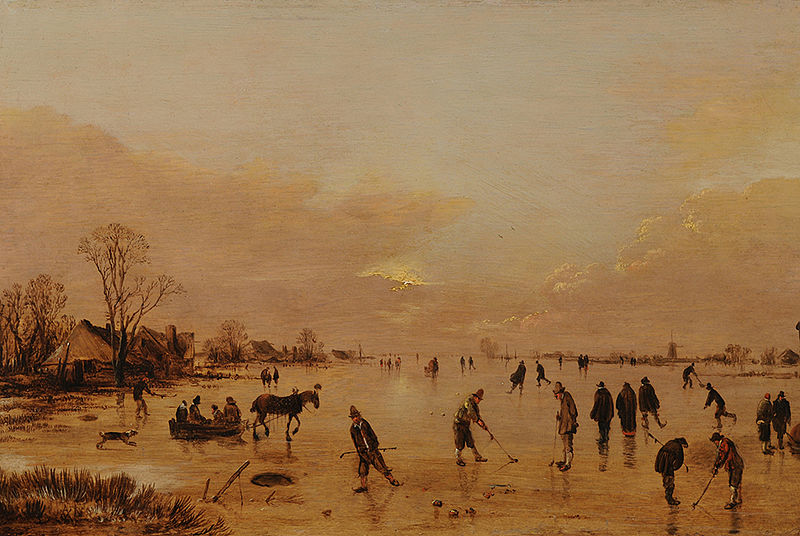 A warm-colored oil painting depicts Dutch villagers skating and playing kolf on ice. Players can be seen taking turns, and several balls can be seen dotting the ice in the distance.

This oil painting by Dutch artist Aert van der Neer (1603–1677) depicts an afternoon of leisure and games on ice for a village in the Netherlands. Here, the sport kolf can be seen played by a few of the men in the foreground. In this sport, players took turns using a club to strike balls toward a target, such as a stake or a hole in the ground. It was often played on ice, as can be seen here. While kolf may have been related to ice hockey, it also may have contributed to the development and history of golf in Scotland.