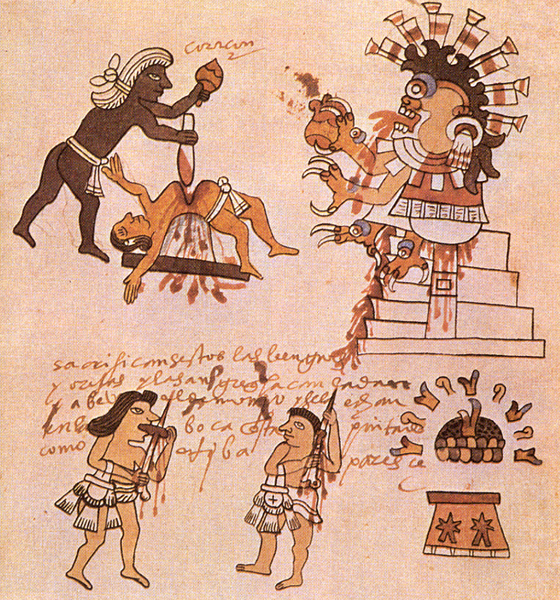 A crude illustration depicts an aztec human heart sacrifice. One man is depicted cutting open the chest of another and removing the heart, with a humanoid alter to the right holding a heart in its hand. Below, two men can been seen using bone to pierce their tongue (left) and ear (right), with text jotted around them. To their right, a ball of copal burns as a sacrifice.

This illustration was scanned from the 16th century Codex Tudela, a treatise on Aztec culture after Spanish contact. Here, a human heart sacrifice is depicted. Below, two men can be seen piercing themselves in a form of ritualistic bloodletting.

Demarest, A. (2005). Ancient Maya: The rise and fall of a rainforest civilization. Cambridge: Cambridge University Press.