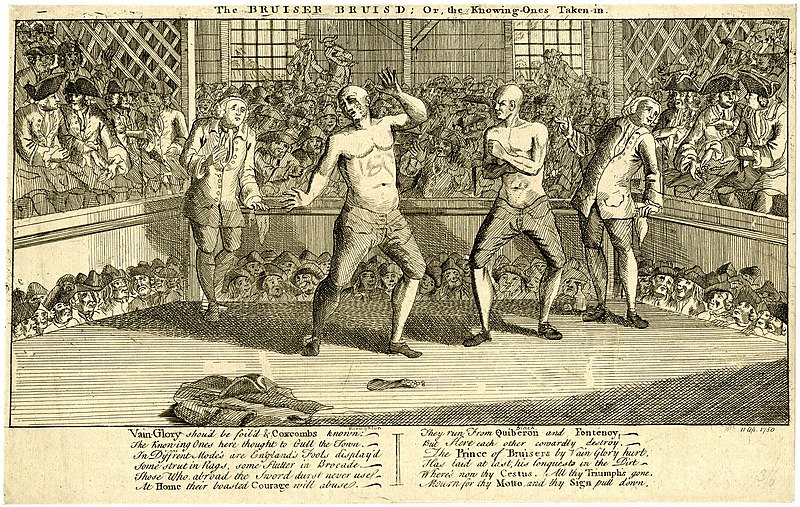 An illustration in a British newspaper depicts two fighters in a boxing match. They stand on an elevated platform, around which a small crowd packs in to watch. Print above the illustration reads as follows:

The Bruiser Bruisd; Or, the Knowing Ones Taken-in.

This illustration depicts a boxing match in 18th century England. After the fall of the Roman Empire, boxing appears to have not practiced for centuries. Only in 17th century England did the sport start to gain popularity again, reviving a practice several millennia old.