Skip to content
Health Ahoy may earn commissions on purchases from this page.
Chinese Jiao Di 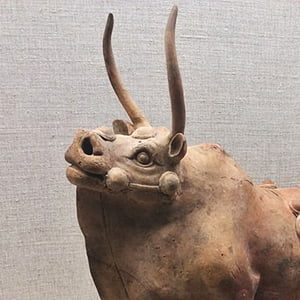 Jiao di (transliterated from Chinese as “horn clashing”) was an ancient Chinese sport which involved wrestling or grappling to some extent, typically atop a raised platform called a lei tai. Sources disagree as to how the sport was performed, making it difficult to determine its rules in full. Some evidence suggests opponents would don horned helmets and attempt to butt each other like cattle, likely in a king-of-the-ring style match. Others suggest it was more of a wrestling match, where men would “clash” together and attempt to take each other to the ground.

There are three primary solutions put forth to resolve this confusion. 1) It’s possible that jiao di incorporated elements of both of the former, perhaps with a match beginning with horn butting and culminating with wrestling. 2) It could be that the term jiao di referred to more than one sport played in ancient China. 3) Finally, it could also be that the term is or was sometimes confused or interchanged with jiao li, which was an ancient combat sport with elements of grappling.

Chinese oral tradition relates that the army of the Yellow Emperor (2698–2598 BC) donned horned headgear to gore their opponents in battle. If this is true, jiao di would have origins as far back as the 3rd millennium BC. However, it is difficult to determine the legitimacy of oral legends. Jiao di’s first literary appearance is in the Shǐjì, written around 94 BC.

This sport likely led to the development of the grappling sport jiao li. If indeed the goal of jiao di was to force the opponent out of bounds with horned helmets, it would not be a stretch to assume that the sport could evolve over its history to incorporate the use of arms and eventually grappling techniques to handle the opponent. If jiao di was originally a grappling or wrestling sport, its evolution into jiao li would be even more likely.

As it isn’t feasible to determine the exact nature of the sport, it’s difficult to determine how it was played. We can speculate on the sport’s goal within the context of its two likely forms, as discussed above.

If the “horn clashing” and legendary origins are to be taken literally, the sport likely had opponents wear horned headgear for the match. If this were the case, they would likely butt heads, attempting to push each other out of a defined zone. It’s possible the use of arms was allowed, as injuries caused by slipping horns would be quite likely otherwise.

If the “clashing” was intended to refer to the men themselves in a grappling or wrestling context, it’s easy to imagine the possible objectives of the sport. The goal could vary among scoring a throw, pushing the opponent out of bounds, forcing a submission, or pinning the opponent. As it stands, there appears to be no way to undoubtedly determine how the sport played out.