Skip to content
Health Ahoy may earn commissions on purchases from this page.
Native American Medicine 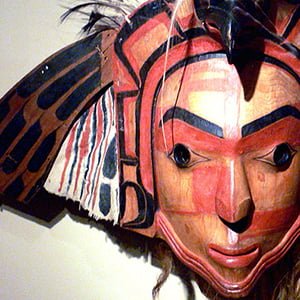 Native American medicine refers to the healthcare practices and beliefs in Native American tribes. While some of these practices persist in certain tribes today, this article looks at the subject from a historical perspective, focusing primarily on historical records as opposed to modern practices.

Healthcare in many Native American tribes has historically been centered around the concept of balance in every aspect of life. Physical, spiritual, mental, and environmental elements were all believed to play a role in the health of the individual and of the tribe as a whole. Ailments would not typically be attributed to physical pathology alone, but rather to an imbalance among some or all of these components. As a result, many tribes believed that illness could be the result of both natural and supernatural causes, and their health practices were intended to deal with both.

The practice of Native American medicine goes back thousands of years, though because most tribes never developed a written language, pre-European documentation of these practices is almost nonexistent. Until Europeans began to settle continental America in the 16th century, no outsiders had ever been in a position to record these traditions. In addition, most practitioners of Native American medicine at the time had no desire to share their knowledge with outsiders, believing such knowledge to be sacred. To further complicate the issue, the adaptable, variable nature of Native American herbalism (discussed under Medicine further down) made it so no encyclopedic medicinal works could be easily written. Historical records of any given healthcare practice serve as a snapshot of that particular tribe in that particular moment, and don’t necessarily reflect Native American medicine as a whole. However, these specific instances can nonetheless be studied to identify common patterns and traditions.

The medicine man or woman, a sort of combination between priest and doctor, was the primary practitioner of Native American medicine. Though he or she would typically come from a lineage of practitioners, there were usually no restrictions with regard to who could become one. Sometimes an individual would experience a vision that would lead them to believe medicine was their destined path. Regardless of origin, an aspiring medicine man or woman would engage in an apprenticeship for many years before becoming a full practitioner, taking on a wide variety of duties including medical treatment, midwifery, bone setting, and sometimes spiritual counseling.

The relationship between the healer and the patient was very private and highly honored. If any patient had requests or preferences for any facet of their treatment, the medicine man or woman would often do their best to treat those requests respectfully. This was all done in an effort to maintain balance among all elements within and surrounding the patient. The healer could also refuse to treat an individual if they decided their ailment was well-deserved for any reason. As compensation, the healer was paid both with services and provisions, including food, shelter, and other resources.

There were no universal prescriptions for Native American medicine men and women to adhere to in their healthcare practices; each healer in each tribe would use various methods on a case-by-case basis. Many such practices were influenced by the healer’s personal preferences, but overall trends and traditions were apparent.

Native American medicine men and women possessed vast knowledge of herbal materials within their respective environments and used them often in their remedies (for example, using willow bark to make a pain-releaving tea). However, not even their herbal remedies were bound to a set of rules; sometimes the healer would rely on a vision to provide insight as to which herb they should use to treat a specific patient. Moving beyond the ingredients, the healer would even take their emotional state into account when preparing an herbal remedy, believing that negative emotions would negatively impact the potency of their concoction.

Medicinal practices among Native American tribes extended well beyond herbology as well. Traditional rituals were considered integral for the health and wellbeing of both the individuals and the tribe as a whole. Exotic ceremonies were held in an effort to harmonize the entire tribe with nature, the spiritual world, or other forces. Some tribes, such as the Iroquois, wore menacing masks to scare off evil spirits, which they attributed with poor health. Rhythmic drums, rattles, and other music with ritualistic dances would be used in an attempt to exorcise demons. Some tribes would engage in a ritualistic smoking of tobacco in an effort to cleanse themselves. Others, such as the Navajo, engaged in sand painting as part of their ceremonies. While most of these rituals were a collective tribal event, the medicine man or woman could also engage in similar practices for the treatment of an individual.

Native American medicine men and women had an array of tools at their disposal for use in rituals and treatment. These items were often crafted with special materials, such as bones, skins, feathers, and precious stones, intended to invoke spirits associated with them. (For example, feathers were used to call on spirits of the wind.) The healer often possessed several tied bundles of cloth or hide, each holding tools for different occasions such specific ceremonies and tribal events. They usually carried with themselves a personal bundle, and it was typically considered taboo to ask about its contents.

Tribes often had many practices for seeking health and balance outside of the direct intervention of a healer. Members of the Lakota nation would purify themselves in a sweat lodge, typically a small structure of hide with fire and/or hot stones (or sometimes just a blanket under the hot sun). They would often pour water over hot rocks to make steam while praying or singing in an effort to cleanse both body and spirit. Sometimes these individuals would burn precious herbs such as sage and smear the soot on their bodies.

This purification was all in effort to restore or maintain balance in among all spiritual and physical facets of life. Though no universal standard of healing existed among the many tribes of North America, the core of Native American medicine is perhaps best summarized by the philosophy held by the Haudenosaunee nation even to this day: All of creation is part of our health and healing.